In the aftermath of the Great War, France adopted the Bleuet (Cornflower), to commemorate the sacrifices made by the 1.4 million French soldiers having perished in combat and the million others returning home heavily wounded.

The choice fell on the Bleuet due to its beautiful blue color, which is also one of the colors of the French Republic, and the color of the French infantrymen’s uniform during the war. The Bleuet was equally one of the very first flowers to reappear in the fields laid barren by the fierce battles. It is thus a sign of life and rebirth. Just like the Poppy in the Commonwealth countries, the idea was born out of charity in 1916, conceived by two nurses who had seen the ailments of the wounded returnees, hardly capable of returning to their former jobs.

Together they created a small workshop for the incapacitated veterans for them to make the Bleuet to give them a revenue and new meaning in life, while donating some of the revenue to charity benefitting other veterans and those left behind. Ever since, the Bleuet has signified two things; commemorating those who are no more and as an act of solidarity with those touched by violence.

Today the Bleuet also commemorates the fallen of World War II and other conflicts in which France has partaken and those innocents touched by terrorism in later years. The French participation in the annual Invictus Games is in part made possible by the donations from the sale.

In Copenhagen, you can get a "Bleuet" at 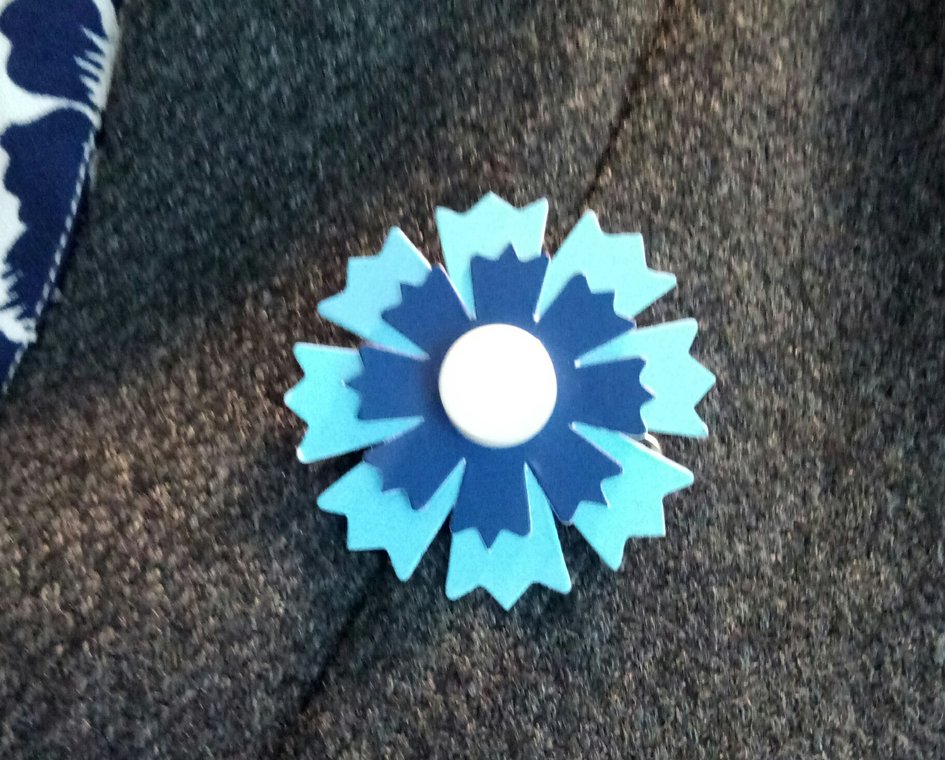