Hjem > Frankrig > Nyt fra Frankrig > Launch of the International Partnership against Impunity for the Use of (...)

Since 2012, international investigation mechanisms, the press and non-governmental organizations have reported several hundreds of chemical attacks. Nearly 14,000 people have allegedly been exposed to toxic substances and several hundred have been killed. These repeated attacks are a cause for concern because they compromise the prohibition of the use of chemical weapons.

France does not accept that the strongest non-proliferation regime can be compromised without consequences. That is why the International Partnership against Impunity for the Use of Chemical Weapons has been proposed.

On 23 January, nearly 30 countries will be in Paris to endorse the joint declaration of principles and to take part in the conference inaugurating the partnership. On this occasion, the Minister for Europe and Foreign Affairs Jean-Yves Le Drian will also unveil the website of the Partnership. 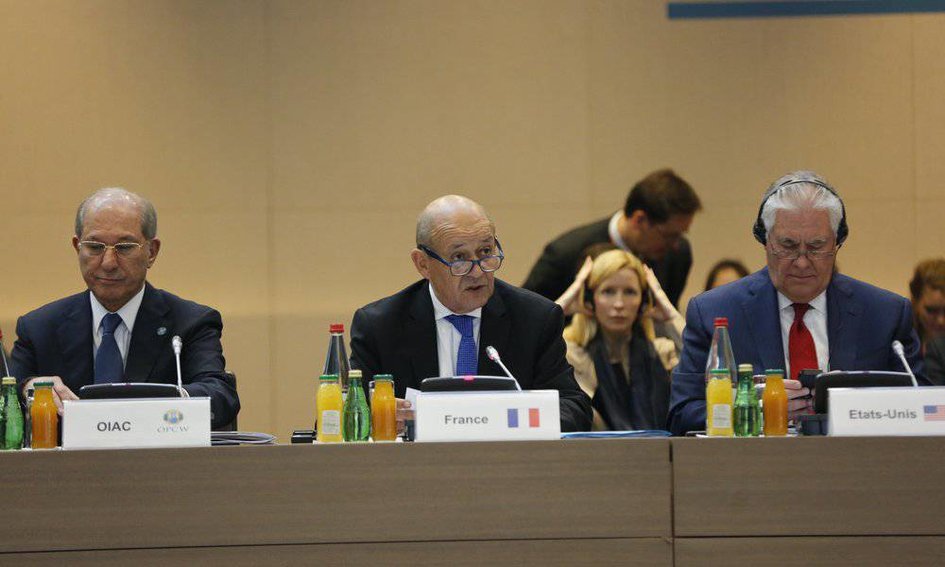 By endorsing the declaration of principles, participants affirm their desire to fight the use of chemical weapons. To do so, they commit to: