According to the Global Energy Architecture Performance Index Report 2014, France is the third best prepared country for the future of energy. With Norway, first country in the ranking, Sweden, 4th, and Denmark, 6th, Nordic countries have also been distinguished.

The World Economic Forum and Accenture’s Global Energy Architecture Performance Index Report 2014, which is based on the analysis of 124 countries’ “energy triangle” (environmental sustainability; energy access and security; economic growth and development), was published last week. The French energy performance, characterized by the competitiveness of its industry, its environmentally sustainable energy production and affordability of energy, has again been praised. France even ranks first in the “Environmental Sustainability” classification, just followed by Sweden. Denmark, first country of the European Union in both the “economic growth and development” category and the “energy access and security” category, ranks sixth. The preponderance of European countries – 4 over the top 5, and 7 over the top 10 countries are European countries -, ought to be noticed. 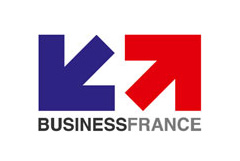