France is the largest electric vehicle market in Europe [fr]

Public policy that promotes increased use of electric vehicles in France

The environmental policy and the measures to promote the energy transition encourage the purchase and sale of electric vehicles. The introduction of various incentives is part of this approach, with in particular the environmental bonus created in 2008 aimed at rewarding those who purchase new cars with the lowest CO2 emissions. The bonus currently amounts to €6,300, irrespective of the purchaser, company, community or individual.

The national plan to develop electric and hybrid vehicles was announced in October 2009.

In this context, measures have been taken with respect to developing recharging infrastructure for electric and hybrid vehicles: funding to develop this infrastructure will be provided by the Agency for the Environment and Energy Management (http://www2.ademe.fr/servlet/getDoc…). However, it’s theCity of Tomorrow program implemented by the Caisse des Dépôts that will fund innovative and exemplary sustainable mobility projects. (http://www.caissedesdepots.fr/activ…)

This success can be explained by the involvement of city councils and local authorities in the electromobility field.

Many French cities have introduced an electric vehicle sharing service (car sharing system), for example “Autolib” in Paris, introduced on the initiative of Mayor Bertrand Delanoë, and “l’Auto bleue” in Nice, “Sunmoove” in Lyon and “Bluecub” in Bordeaux, etc.

The “Electromobile City Trophy” is an award presented every year to regional and local authorities (cities, inter-municipal associations, etc.) that are especially committed to giving momentum to sustainable mobility, especially electric mobility, in their region. (http://www.france-mobilite-electriq… )

The supply of vehicles produced by French manufacturers (Renault has played a pioneering role in this area) has helped France to achieve this top ranking. Indeed, Renault has sold the largest number of electric vehicles in Europe (6,000 cars during the first half of 2013), ahead of Nissan (5,500 cars) and Smart (1,500 cars). 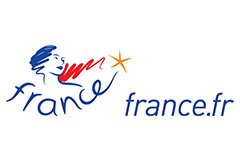